Know Before You Go

The Shea's Box Office is open two hours prior to any performance and during intermission.

The lobby will open one hour before, with house opening thirty minutes before show-time.

Download the app to find your tickets to Shea's and a playbill for your show already waiting here.

Bags will be inspected and all patrons will pass through electromagnetic wanding.

It's Showtime at the Shea's Buffalo Theatre

Assisted Listening Devices (both t-coil induction loops & headphones are offered) are available to our patrons at our Coat Check Station by the Main Street entrance at Shea’s Buffalo Theatre, free of charge (please note that availability may be limited).

American Sign Language interpreted performances can be arranged through the Shea’s Box Office for our productions – please contact us as soon as possible to allow for ticket availability and scheduling.

Booster Seats are available to our patrons at our Coat Check Station by the Main Street entrance at Shea’s Buffalo Theatre, free of charge (please note that availability may be limited).

On show days, our Box Office will open two hours before the scheduled show-time and will remain open through intermission.

The Shea’s 710 Box Office is also at 710 Main Street, Buffalo NY 14202. This box office is only open for shows at Shea’s 710 Theatre, with doors open two hours before the scheduled show-time and remains open through intermission.

Coat Check is available at Shea’s Buffalo Theatre by the Main Street entrance for a $1.00 donation (please note that fur coats are not accepted).

Concession Stands and Bars are operating during all performances. No outside food or beverage will be allowed in the theater.

Please be advised that concessions may contain nuts.

Shea’s Performing Arts Center’s policies will continue to evolve as conditions change. Shea’s will follow recommendations from the CDC, New York State, and Erie County. We will continue to keep patrons informed of specific protocols for upcoming events. At this time, masking and proof of vaccination are not required for event attendees.

Patrons with questions or concerns about COVID related policies, can call us at (716) 768-8071 or by email at covid@sheas.org.

Shea’s uses MERV13a air filters in each of its HVAC units at Shea’s Buffalo Theatre, Shea’s Smith Theatre, and Shea’s 710 Theatre as well as in Shea’s Bistro and Shea’s Rehearsal Halls.

Latecomers will be admitted to their seats as directed by the production staff at the appropriate break in the performance.

Productions at Shea’s Performing Arts Center are most enjoyed by young people ages 8+.

Children under age 5 are not permitted in the theatre, except for specifically designated family productions, and all children who have had their 1st birthday are required to have a ticket.

Here at Shea’s Performing Arts Center, we are proud to enhance your show-going experience at by using mobile ticketing, providing a contactless and eco-friendly way to enter the theater safely and efficiently, while also reducing risk of lost, stolen, or counterfeit tickets! And now we can offer audiences the My Shea’s App – a free app created by Shea’s and available for download in the Apple and Google Play Stores:

For more information about mobile ticketing, check out our helpful guides to using your My Shea’s App!

Street Parking is free in the city on weekends and after 5:00 PM on weekdays, but availability is limited. As a reminder, street parking is also free on New Year’s Day, Memorial Day, Fourth of July, Labor Day, Thanksgiving Day, and Christmas Day.

Paid Parking Lots are also available within a couple blocks of the theater. Please check Pay2Park’s website and download their app for more information or to make advance reservations.

If you are taking the NFTA-Metro train downtown, the Fountain Plaza Station is located one block south of the Shea’s Performing Arts Center.

In an effort to enhance the safety and security of our guests, the following procedures will be in place:

Please use either entrance on Main Street (under the marquee or through the Shea’s Box Office) to enter. For patrons parking on Pearl Street, come through Curtain Up Alley to reach Main Street. Please be mindful that Theatre Place at 622 Main Street (next door to Shea’s Buffalo and accessible from both Main and Pearl Street) is currently undergoing construction and may be closed to the public at any given time.

Please note that as a National Historic Site, Shea’s Buffalo Theatre does not have an elevator or accessible seating in the balcony. Please contact our Box Office for assistance should you require accessible seating for a performance. 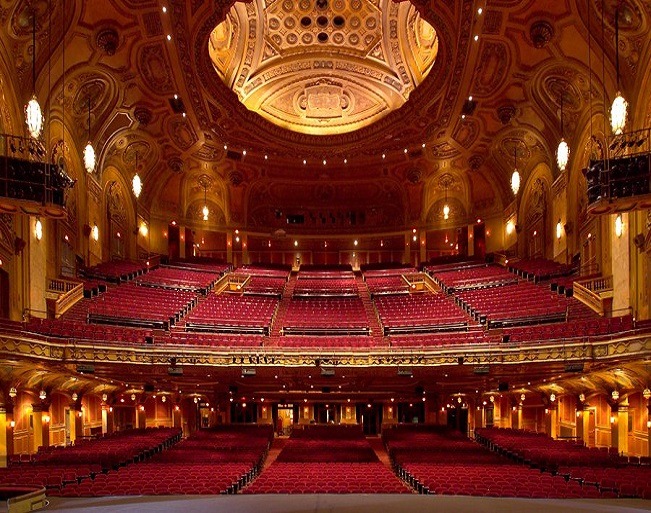 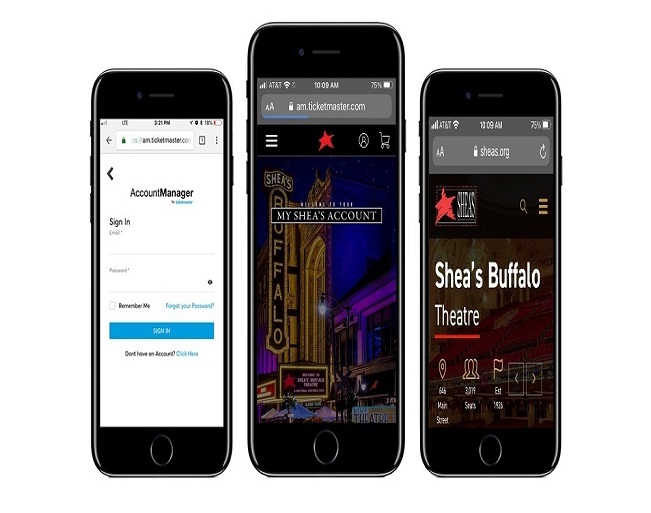 Download My Shea's App, available in both the Apple and Google Play Stores! We've made it easier than ever to manage your tickets. 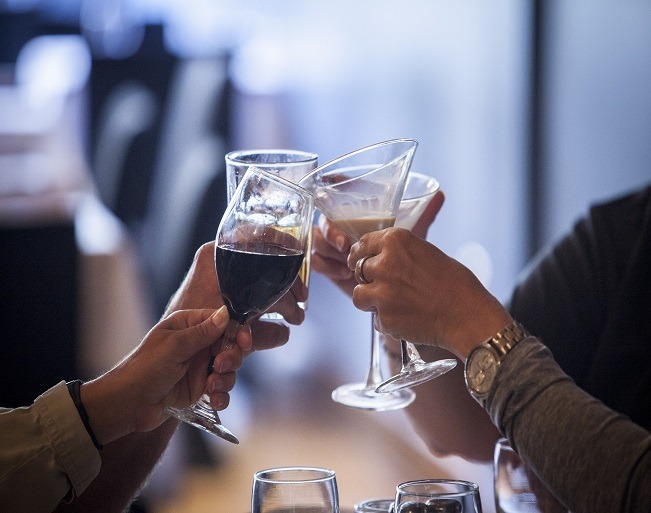 Enjoy a prix-fixe dinner and show-themed cocktail to make your evening complete. Reservations are strongly recommended. 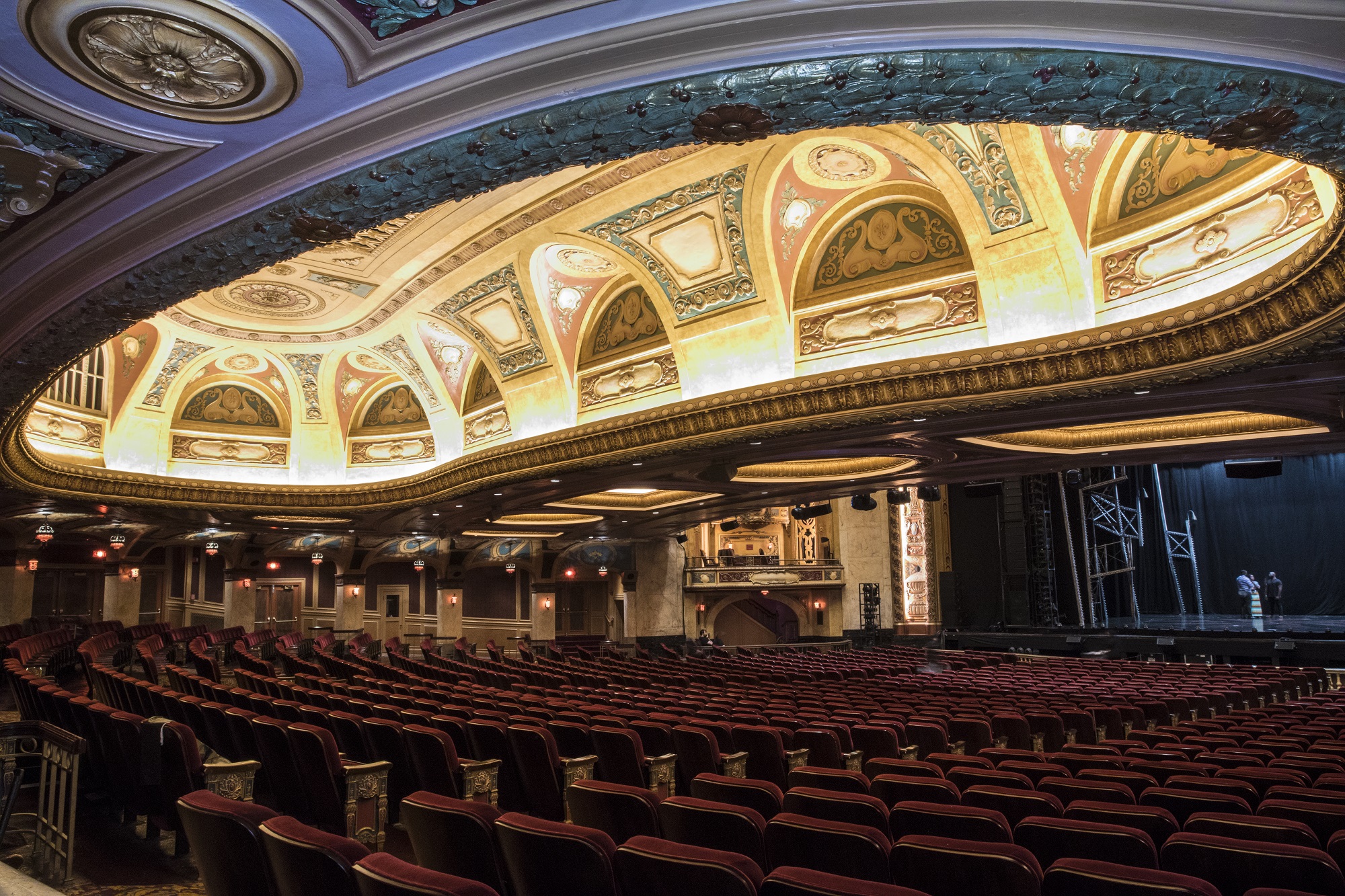 Shea’s Buffalo Theatre, the historic crown jewel of Shea’s PAC, opened in 1926 under the moniker of “The Wonder Theatre,” and was the dream of Michael Shea. Originally serving as a movie house under Paramount Pictures with “an acre of seats,” it would later stage vaudeville shows and play host to the likes of the Marx Brothers, Frank Sinatra, George Burns, Bob Hope, and more in the 1930’s. Later in the 1970’s, to save the theater from demolition, a group of concerned people formed The Friends of Buffalo Theatre. This not-for-profit organization worked to bring about a preliminary restoration and was responsible for getting Shea’s listed on the National Register for Historic Places. Over the past 20 years, there has been over $30 million in restoration completed, all by volunteers, at Shea’s which allows Buffalo to keep the only surviving Tiffany designed theater in magnificent condition for our patrons and the community.

Experience the original history and living grandeur in one of North America's most beautiful theaters. Tours are available by appointment only, offered on non-show days. Please call (716) 829-1166 to make reservations.

When the theatre is not occupied by a show, Shea’s is often already in preparation for the next production! However, that doesn’t mean our doors are closed…the theatre is often available as a private event rental. Arrangements must be made in advance.

Located at the top of the Grand Staircase, our donors enjoy complimentary coat check, personalized beverage service, light refreshments, and seating with a view of the Grand Lobby.

Become a part of our Seat Plaque Campaign with a donation to Shea’s Performing Arts Center. Your name will be placed on a commemorative brass plate that will adhere to a seat’s arm for the life of the seat in our theatre.

Your Name in Lights

We want our patrons to have the full Shea’s experience, from Main Street to your seat. Now, you can see Your Name in Lights! During shows, you can have your name featured on the Shea’s marquee as part of our welcome message.

When Shea’s Buffalo Theatre was made a National Historic Site in 1975, restoration began in earnest to return the theater to its original appearance as it was when “The Wonder Theatre” opened in January 1926. From hand-stenciling over 7,000 square feet of walls to repairing the Mighty Wurlitzer organ, we continue with our restoration efforts to this day. 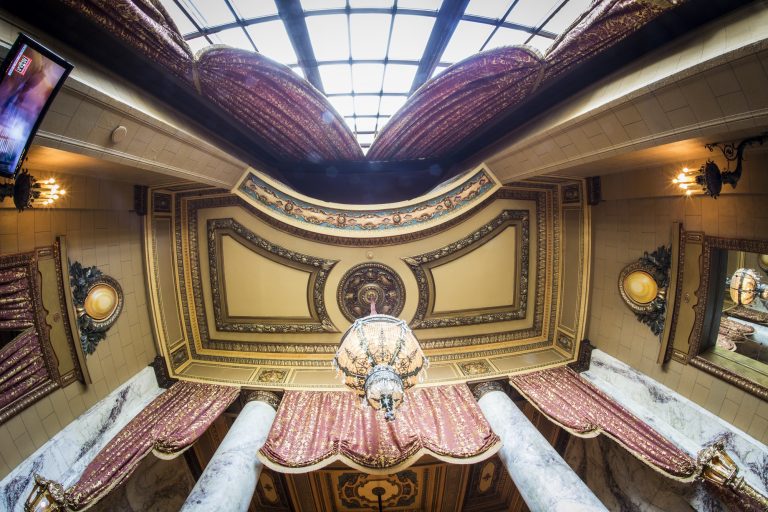 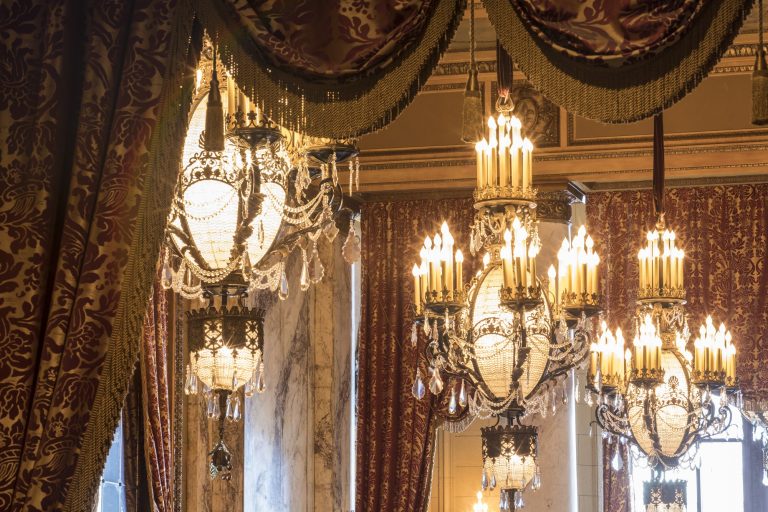 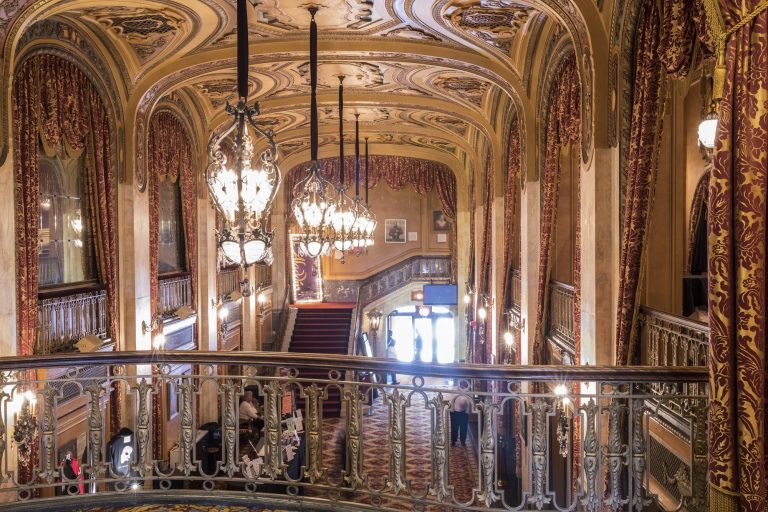 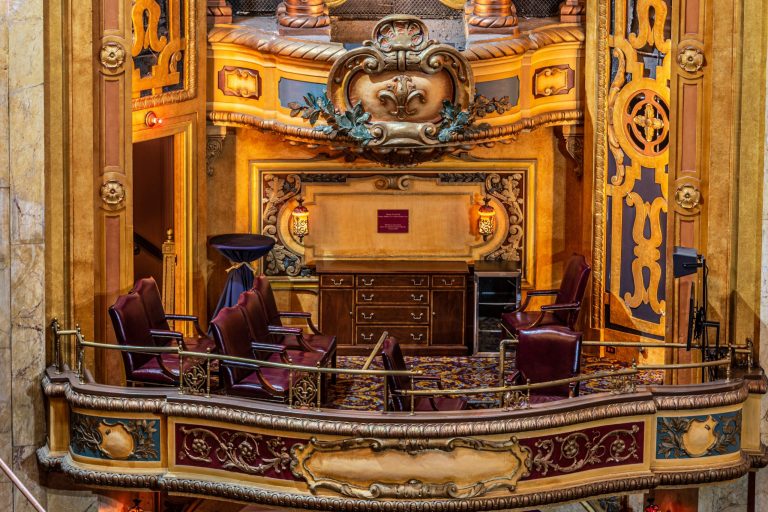 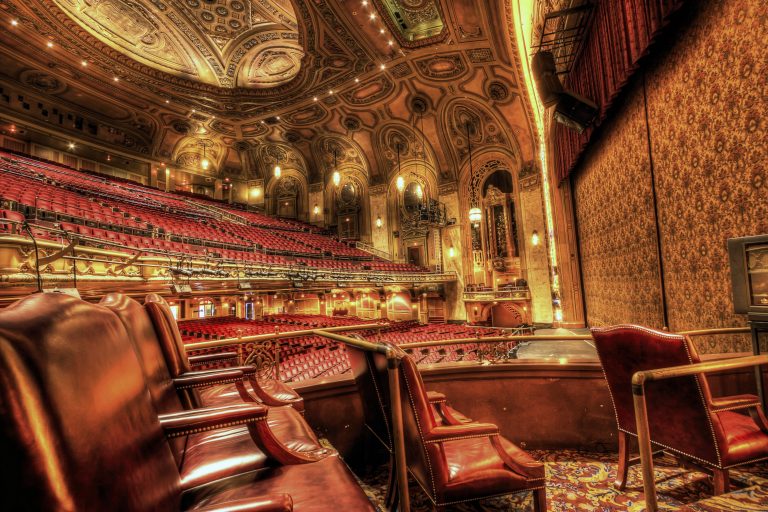 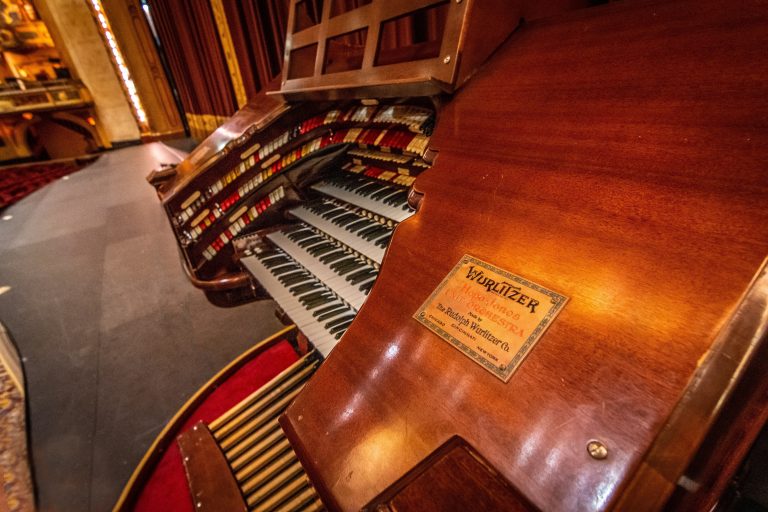 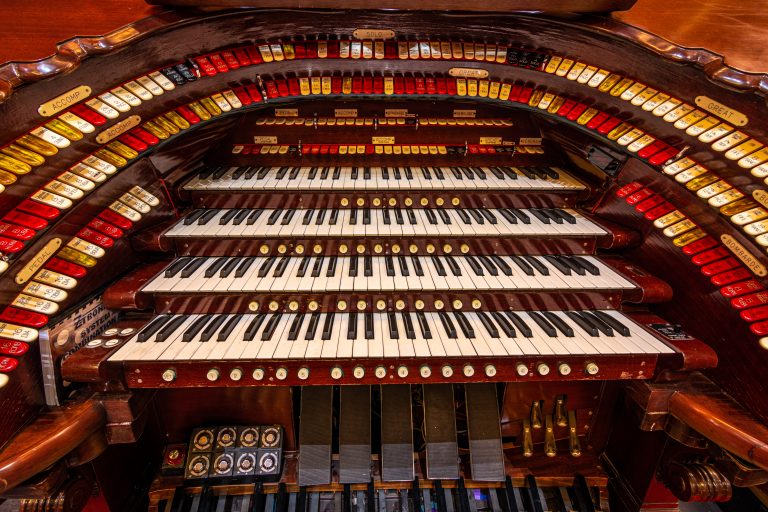 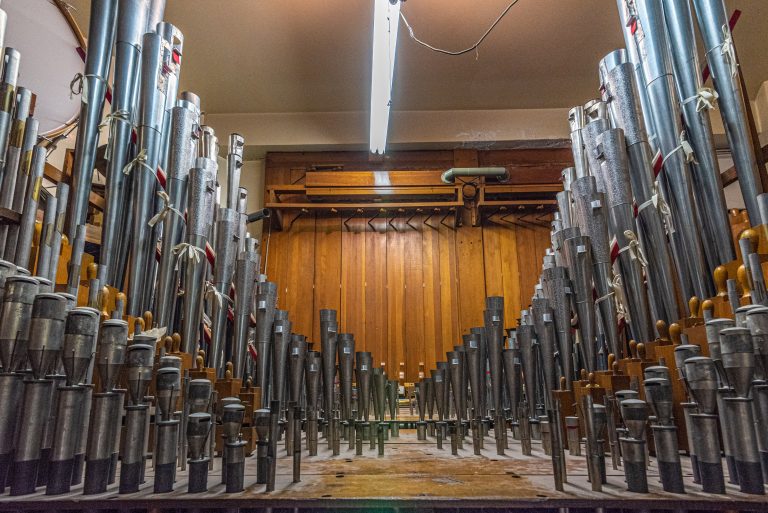 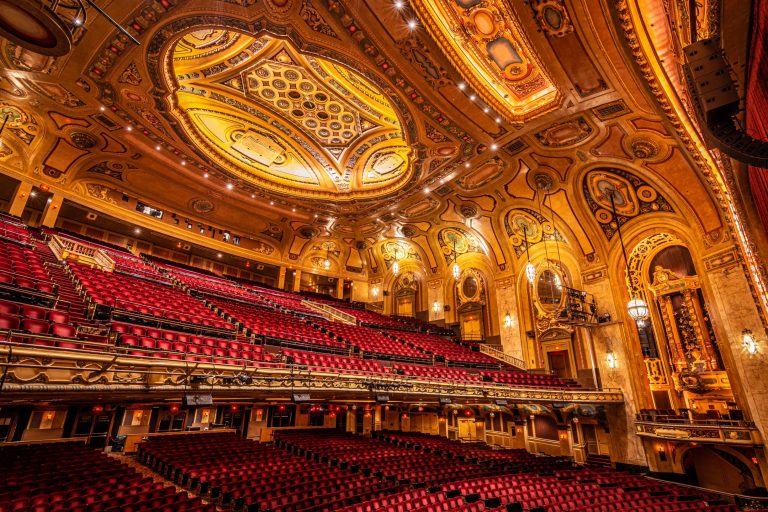 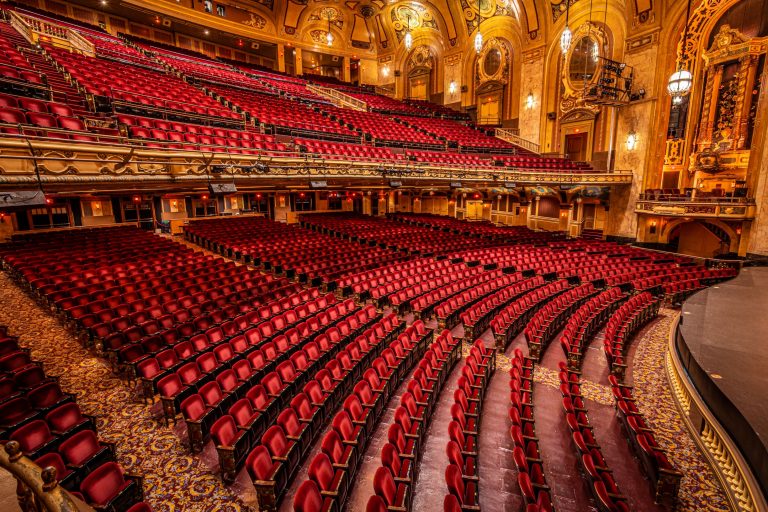 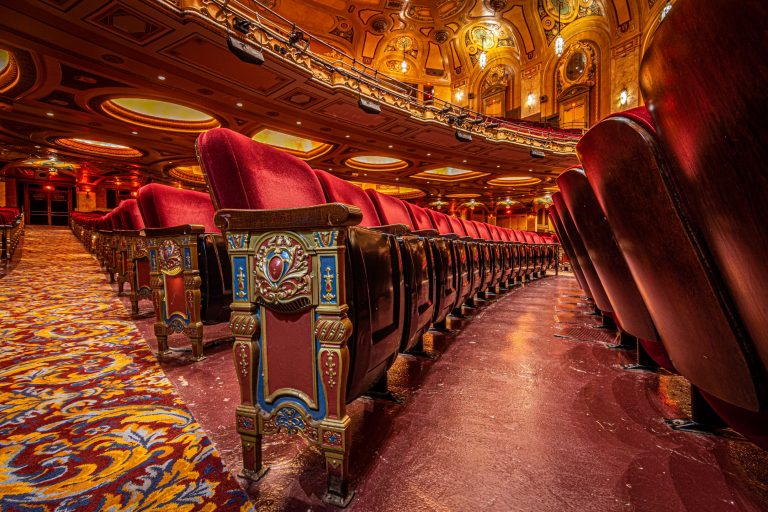 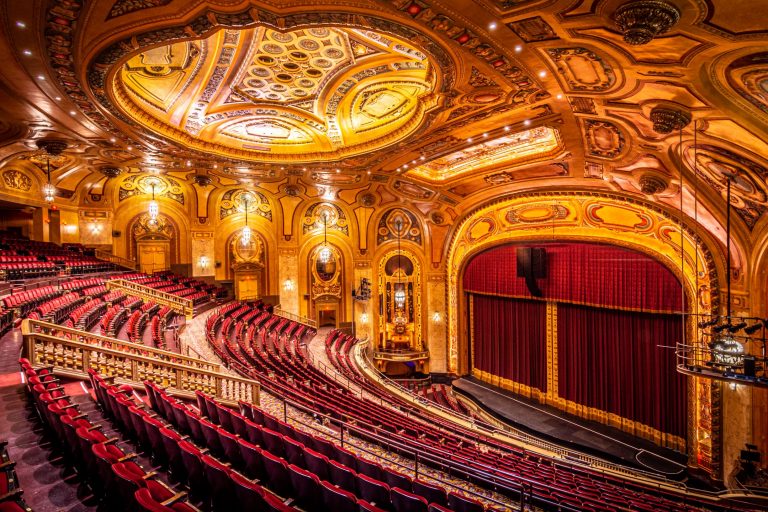 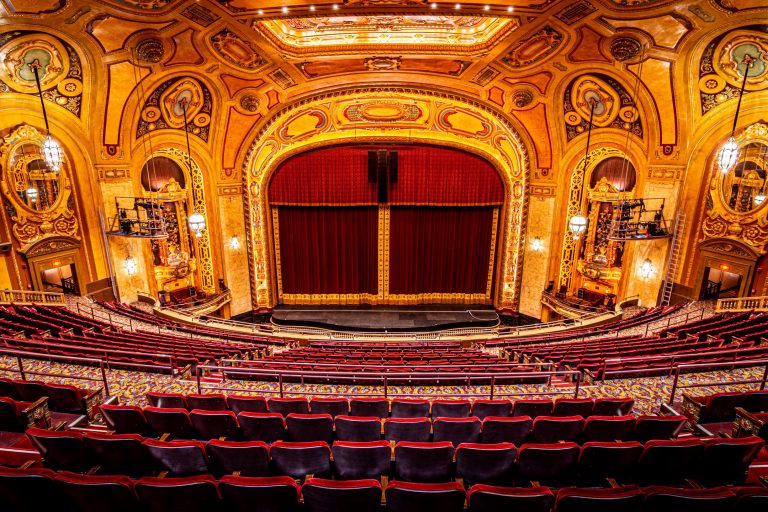 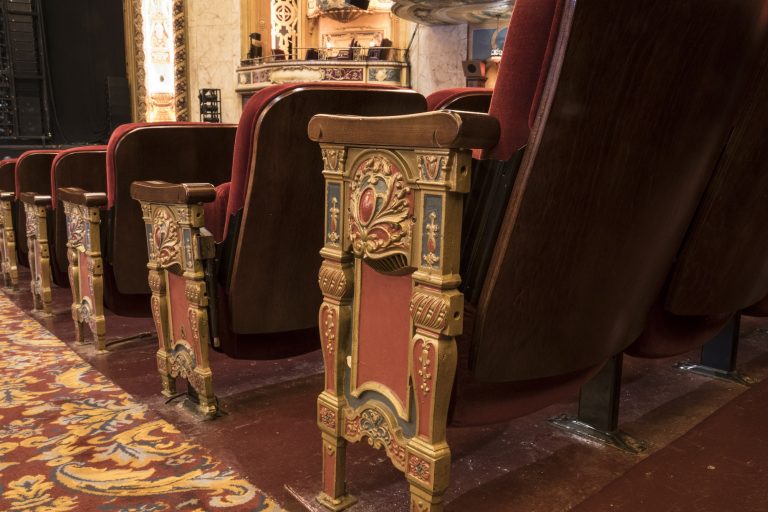 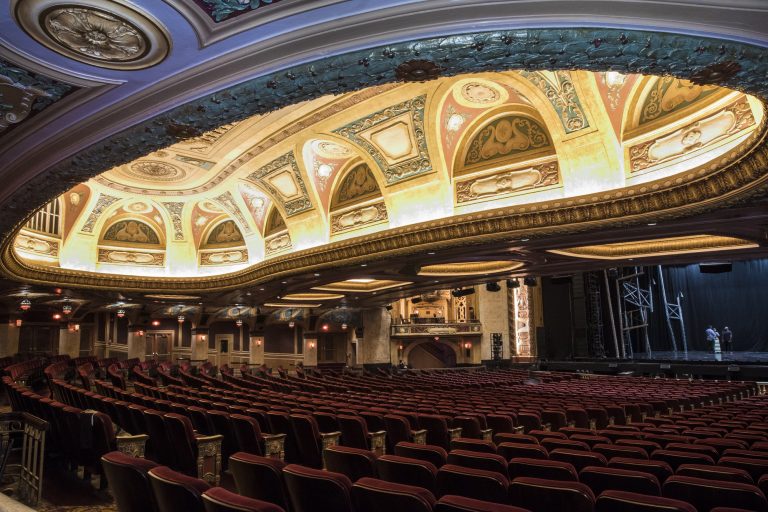