Select a showtime to buy tickets from Ticketmaster

Shea’s Black-Tie Gala has been rescheduled to Friday, October 23, 2020.

Join us for an elegant black-tie evening beginning at Shea’s Buffalo Theatre with cocktails, hors d’oeuvres and a silent auction followed by a gourmet dinner on Shea’s Grand Stage. After dinner, guests will be escorted to Shea’s 710 Theatre for a private performance featuring Six-Time Tony Award-Winner Audra McDonald.

Shea’s 2020 Black-Tie Gala is Presented by Ticketmaster, M&T Bank and Russell J. Salvatore and made possible with the generous support from The Mosey Family Foundation, Maxwell Murphy Attorneys at Law, and G-Health Enterprises.

Audra McDonald is unparalleled in the breadth and versatility of her artistry as both a singer and an actor. The winner of a record-breaking six Tony Awards, two Grammy Awards, and an Emmy Award, she received a 2015 National Medal of Arts from President Barack Obama and was also named one of Time magazine’s 100 most influential people that year. Tony-winning performances include Carousel, Master Class, Ragtime, A Raisin in the Sun, The Gershwins’ Porgy and Bess, and Lady Day at Emerson’s Bar & Grill – which served as the vehicle for her Olivier-nominated 2017 West End debut. On television, McDonald is known for her roles in ABC’s Private Practice and NBC’s The Sound of Music Live!, and she won an Emmy as the official host of PBS’s Live From Lincoln Center. She returned to Broadway in summer 2019 to star opposite Michael Shannon in Frankie and Johnny in the Clair de Lune and can currently be seen as Liz Lawrence on CBS All Access’s The Good Fight, which launches its fourth season in 2020. Recent film credits include Ricki and the Flash, Disney’s live-action Beauty and the Beast, and movie-musical Hello Again. The Juilliard-trained soprano also maintains a major career as a concert and recording artist. Her latest solo album, Sing Happy, was recorded live with the New York Philharmonic for Decca Gold. Of all her many roles, her favorites are the ones performed offstage: passionate advocate for equal rights and homeless youth, wife to actor Will Swenson, and mother. 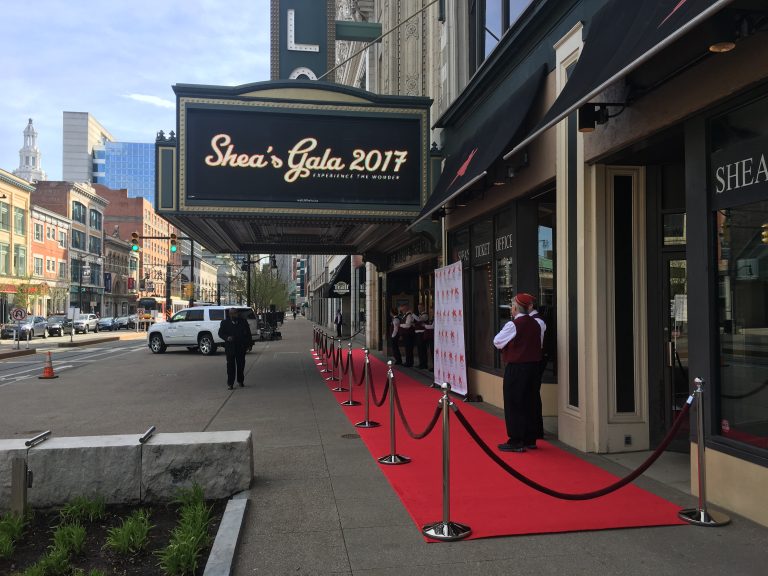 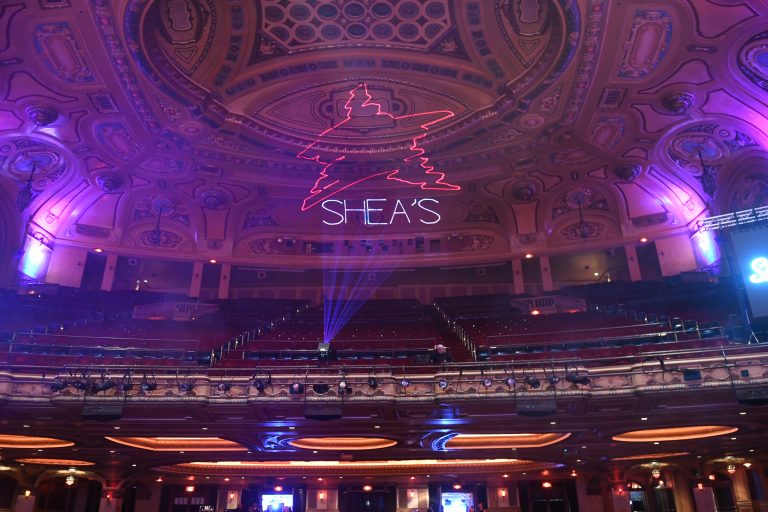 By becoming a Shea’s Season Subscriber, you not only ensure your tickets to the hottest Broadway ticket in town, but you receive many benefits; including but not limited to early access to additional seats, firsthand knowledge of upcoming shows, upgrades and more. Become a Season Subscriber today and become part of our legacy.

Get Updates From Shea's

By becoming a donor of Shea's Performing Arts Center, you enable us to continue our mission of restoration, educational outreach, and operations in order to provide our community with live performing arts experiences and innovative and effective educational experiences fostering an appreciation of live theatre by area youth.

Did you know donors of Shea's Performing Arts Center, who donate $500 or more annually, receive yearly access to this exclusive lounge during Broadway performances at Shea's Buffalo Theatre? With complimentary beverages, light refreshments, and coat check - the Spotlight Lounge opens one hour before show-time and is located at the top of the grand staircase.

Your Name in Lights

Enhance your theatre experience at Shea’s with the ultimate welcome message on Shea’s Main Street Marquee! You choose the performance and it will be on rotation starting 2 hours before and ending 1 hour after the show! A once-in-a-lifetime photo opportunity that you can share with family and friends, use on social media or turn into a holiday card! The possibilities are endless.