Where to Park
Thank You for an Amazing 2019 Kenny Awards!

Nardin Academy getting hyped between workshops!

On Saturday, May 11, over 500 high school students from 10 area schools came together at Shea’s Buffalo Theatre to participate in the spectacle that is the Kenny Awards. This event, which hit it’s 26th anniversary this year, awards and recognizes high school musical theatre in a year-long process which concludes in the presentation of awards.

On Kenny Day, all 10 finalist schools embarked on a day packed full of musical theatre celebration. Students had the opportunity to participate in a variety of workshops in different aspects of theatre and performing arts, such as: stage combat, ballroom dance, arts management, and technical theatre. Throughout these workshops, each school rehearsed a performance number on stage to prepare for the Ceremony at 6:00 pm

After a presentation by production members of MusicalFare’s Fun Home, schools were brought back to their dressing rooms for dinner and down time before the Kenny Awards Ceremony began. Each finalist school performed a 7-minute medley on the Shea’s Buffalo stage to showcase their production. This year, all 12 of the Leading Actress and Actor nominees engaged in a Kenny Bootcamp Coaching Week which took place from April 29 through May 4. These students worked through solo numbers with our Kenny Judges and learned a performance number to be presented at the Kenny Awards. Between the production numbers and the awards, the 12 leading nominees performed “This is Me” from The Greatest Showman. 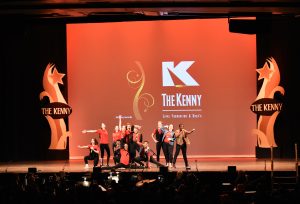 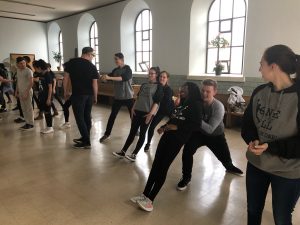 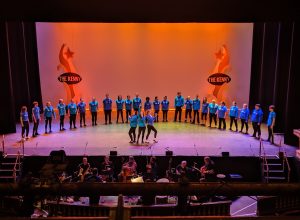 Following, Shea’s and the Lipke Foundation announced the winners of the 2019 Kenny Awards:

Nardin Academy – The King and I

Outstanding Performance by an Ensemble

Special Recognition goes to:
Jacob Dutka as the Mayor of Munchkinland in The Wizard of Oz/John F. Kennedy High School
Johnny Kiener as Prince Chulalongkorn in The King and I/Nardin Academy
Samuel Parker as Gavroche in Les Misérables/Buffalo Academy for the Visual & Performing Arts
Jonah Williams as Les in Newsies/Cleveland Hill Schools

Outstanding Actress in a Supporting Role

Outstanding Actor in a Supporting Role

Marten Linnan as Lucas in The Addams Family at St. Mary’s High School

Outstanding Actress in a Leading Role

Outstanding Actor in a Leading Role

Thank you to all 10 of our finalist schools for making the 2019 Kenny Awards such a success, it was a pleasure and an honor to witness all of your incredible hard work and talent!

Stay tuned as we now embark on our journey to the Jimmy Awards with our Jimmy nominees,
Penelope Sergi and Matthew Wilson!