Where to Park
Shea’s Smith Season
In Residence With 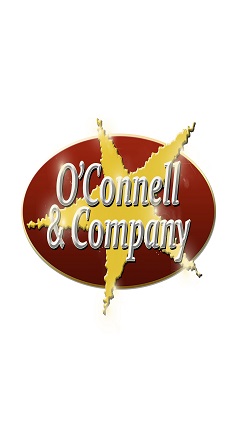 Betsy Carmichael’s BINGO Palace
September 25 – October 3, 2021
Betsy is back! The pandemic is over and The BINGO Palace is opening its doors again.  What better way to celebrate than with BINGO!! Join Betsy as she hosts an unforgettable post-pandemic BINGO bonanza. Betsy brings the audience “into the act” with special games, prizes, fun, and surprises! A BINGO bash beyond belief… don’t miss a moment of the hilarity.

PUFFS or Seven Increasingly Eventful Years at a Certain School of Magic and Magic
January 28 – February 13, 2021
For seven years a certain boy wizard went to a certain Wizard School and conquered evil. This, however, is not his story. This is the story of the Puffs… who just happened to be there too. A tale for anyone who has never been destined to save the world.

Confessions of the Reverend Mother
a NUNSENSE divinely inspired Musical
April 28 – May 1, 2022
There is a shortage of Roman Catholic nuns and Reverend Mother, Sister Mary Regina LSOH, has been asked by Pope Francis for help. As a recruitment tool for the sisterhood, “The Rev” creates her own version of a “Ted Talk”. Sr, M.Regina tells us how “Nun Life”  has evolved over the years, and although still challenging, Nuns are FUN! She includes some zany, poignant stories and songs from the Nunsense shows to prove the point. “The pay isn’t great but you get employment security, a home, spiritual satisfaction, and a free habit!”

Songs for a New World
October 22 – November 14, 2021
This contemporary song cycle directed by Amy Jakiel is the first musical from Tony award-winning composer Jason Robert Brown. Fueled by a small, yet powerful cast led by Michele Marie Roberts, Brian Brown, and Steve Copps, Songs for a New World transports us throughout the last century with effortless ease and nothing but music to guide us. Full of stories that examine life, love, and the timelessness of self-discovery, this production is a joyful celebration of the stories we weave.

Constellations
March 11 – 26, 2022
Starring SGT Executive Director Kristin Bentley and Chris Avery, this spellbinding romantic journey begins with a simple encounter between a man and a woman. What happens next defies the boundaries of the world we think we know, delving into the infinite possibilities of their relationship and raising questions about the difference between choice and destiny. This will be Michael Wachowiak’s directorial debut for SGT.

Join Us
Become a Subscriber Renew Your Subscription Mobile Ticketing